Lasers are used in a growing number of surgical procedures as ideal tools for cutting, ablating or coagulating tissue. Their use is gaining popularity with the progress of precision medicine, which aims to treat diseases with minimal damage to healthy tissue. This is because laser power can be modulated to produce precise and high-quality effects on tissue, such as clean incisions on soft tissue. This is crucial for the success of delicate operations, such as microsurgeries.

In traditional laser surgery, the incision quality depends entirely on the surgeon’s experience and ability to manipulate the laser and its parameters. Extensive training is required to develop an effective laser cutting technique, which includes both (i) the acquisition of basic knowledge of the physical principles behind laser ablation of tissue; and (ii) the ability to manipulate the laser parameters and its exposure time in order to provide accurate cutting.

It is not trivial to regulate all related parameters to achieve high-quality laser ablation outcomes. It is even more difficult to control such system to achieve a desired cutting depth. Therefore, this research aims at investigating and modeling the interaction between laser energy and soft tissues as the enabling knowledge for the creation of novel technologies for precision laser surgery. This includes assistive technologies and surgical automation methods.

In this research, we are using regression and optimization techniques to model the laser ablation process on soft tissues. Data from real tissue ablations are acquired based on controlled experiments and confocal microscopy analysis. This data is then used to identify the parameters of theoretical laser-tissue interaction models, producing equations that can accurately describe the laser ablation process. 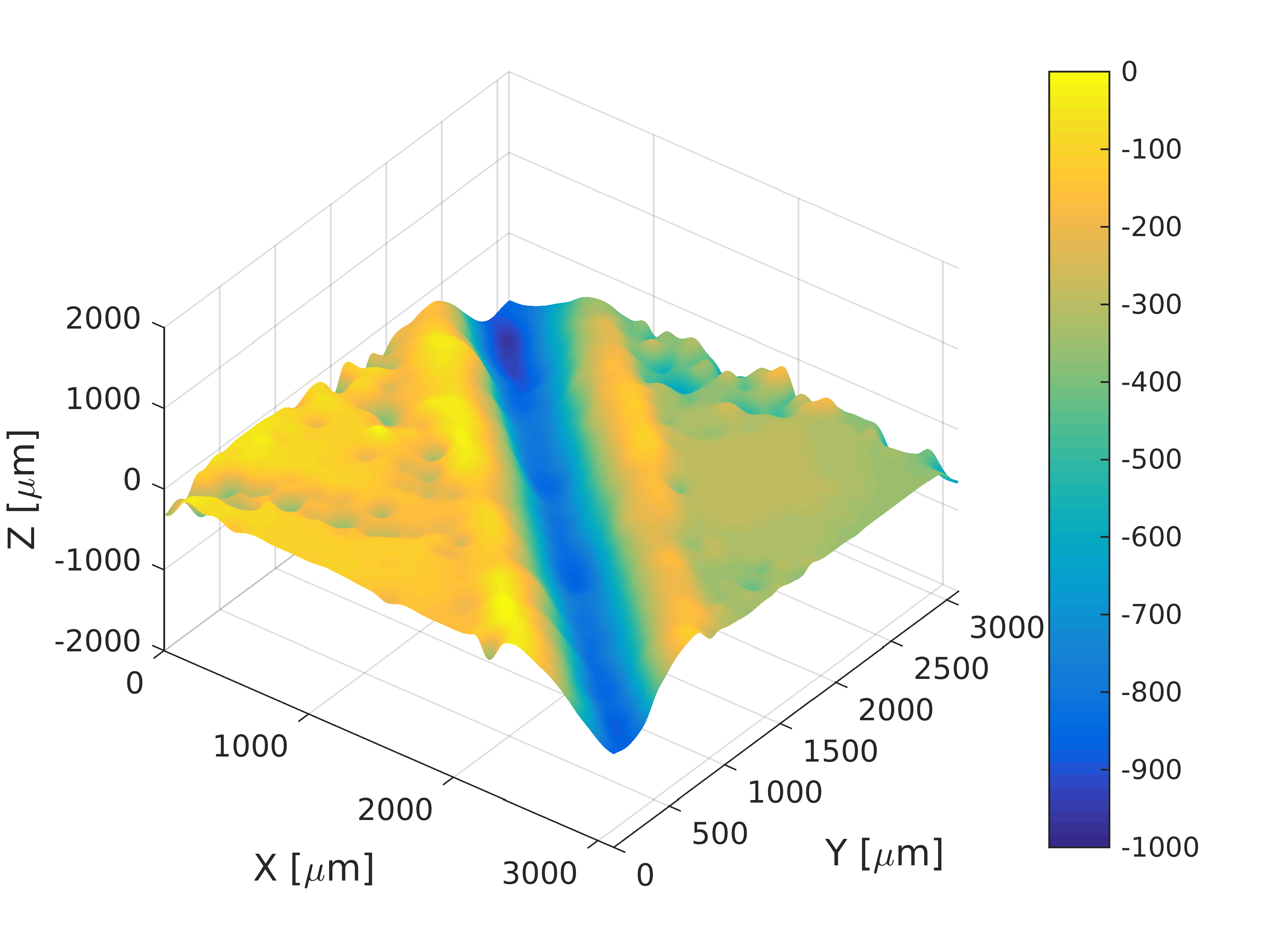 Once the laser-tissue interactions are modeled, we can devise automatic controllers capable of executing laser incisions with high accuracy in all three dimensions (desired trajectory on tissue surface and depth).

The identified laser ablation models allow us to estimate ablation depth in real-time. This is a rich piece of information that can be exploited, for example, to enhance the surgeon awareness during laser procedures or to implement supervisory algorithms for enhanced surgical safety.

Real-time incision depth information can be fed-back to the surgeon using different modalities and sensory channels (such as visual, auditory or haptic). Understanding which modality is best suited for this application is not trivial. Therefore, our research has also investigated the pros and cons of different potential technologies.

The first option to be tested was visual feedback through augmented reality, as presented in the video below. Subsequently, a more comprehensive study involved kinesthetic and vibrotactile haptic feedback.