The Project and Robot

The IIT AutoMAP team, with members from APRIL lab, participated the challenge "Shop Floor Logistics and Manipulation".The main goal of this challenge is to boost mobile manipulation with torque controlled robots towards industrial maturity and thus enable entirely new applications and markets, such as robots acting autonomously in unstructured environments and together with humans. The picture adapted from the EuRoC official website demonstrates this concept.

The official project webpage is: EUROC 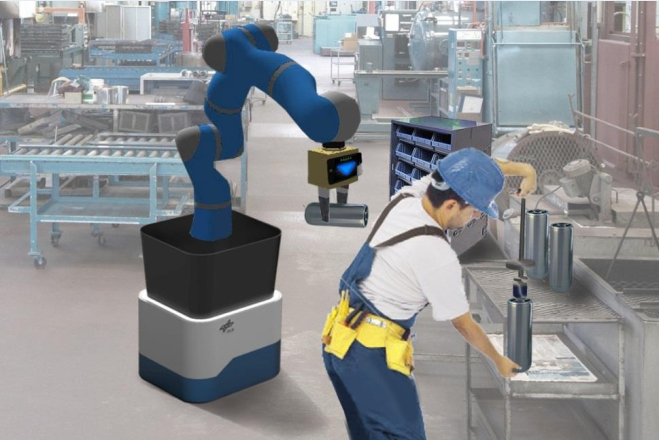 The platforms provided for this challenge are a dynamic simulation platform, the DLR Co-Worker hardware platform and the KUKA omniRob with a KUKA LWR4+ arm (KUKA MIIWA), equipped with several on-board mounted sensors. The following demos show several tasks that MIIWA performs in mock-up environment.

(1) MIIWA prepares parts on a workbench

(2) MIIWA collects parts from a shelf

APRIL lab is then working with European Nuclear Organization (CERN) to apply these robotic mobile manipulation in unstructured environments as found at CERN facility. It is based on use case operations to be carried out on CERN’s flagship accelerator, the Large Hadron Collider (LHC), which is the most powerful accelerator in the world and has been in operation since 2010. Collimators are electromechanical devices installed at regular intervals around the 27km long LHC tunnel to ensure optimum quality particle beams are delivered to the experiments. There are approximately 100 collimators of different types in operation at any one time and new collimators are being produced to replace any failed devices and improve their performance.

The main motivation for carrying out maintenance work using a remotely controlled mobile robot is to reduce maintenance personnel exposure to hazards in the LHC tunnels – such as ionising radiation and oxygen deficiency hazards. A second motivation is that the robot will be able to autonomously carry out the same tasks in the assembly facility as in the tunnel on collimators during their initial build and quality assurance. The mobile manipulation tasks dealt with in this proposal are carried out in two distinct environments:
(1) In the low‐volume collimator assembly and test workshop at CERN (assembly and quality testing as part of initial build of collimators)
(2) In the underground accelerator tunnels where the collimators are installed (maintenance and re‐commissioning as part of LHC operation)