Haptics has proven to be highly beneficial in surgical robotics, bringing enhanced safety and precision by complementing the surgeon’s visual channel. However, most of the research body in this context is dedicated to applications involving traditional “cold steel” surgical instruments. This research investigates new ways to bring the benefits of haptics to contactless surgeries.

Considering the case of robot-assisted laser microsurgery, we have developed a novel method to create a fictitious force feedback that allows the user to sense the surgical area haptically while controlling a non-contact surgical laser.

Our method is based stereoscopic visualization and 3D reconstruction. The high-quality haptic feedback produced is shown to significantly improve system usability and the accuracy of laser incisions.

The results of this research are applicable to different kinds of contactless focused energy surgery, such as radiation therapy and high-intensity focused ultrasound (HIFU) in addition to lasers. This is exciting because it allows the exploitation of active constraints and guidance techniques in many kinds of contactless surgeries, which can contribute to enhance surgical accuracy both in static and dynamic environments. 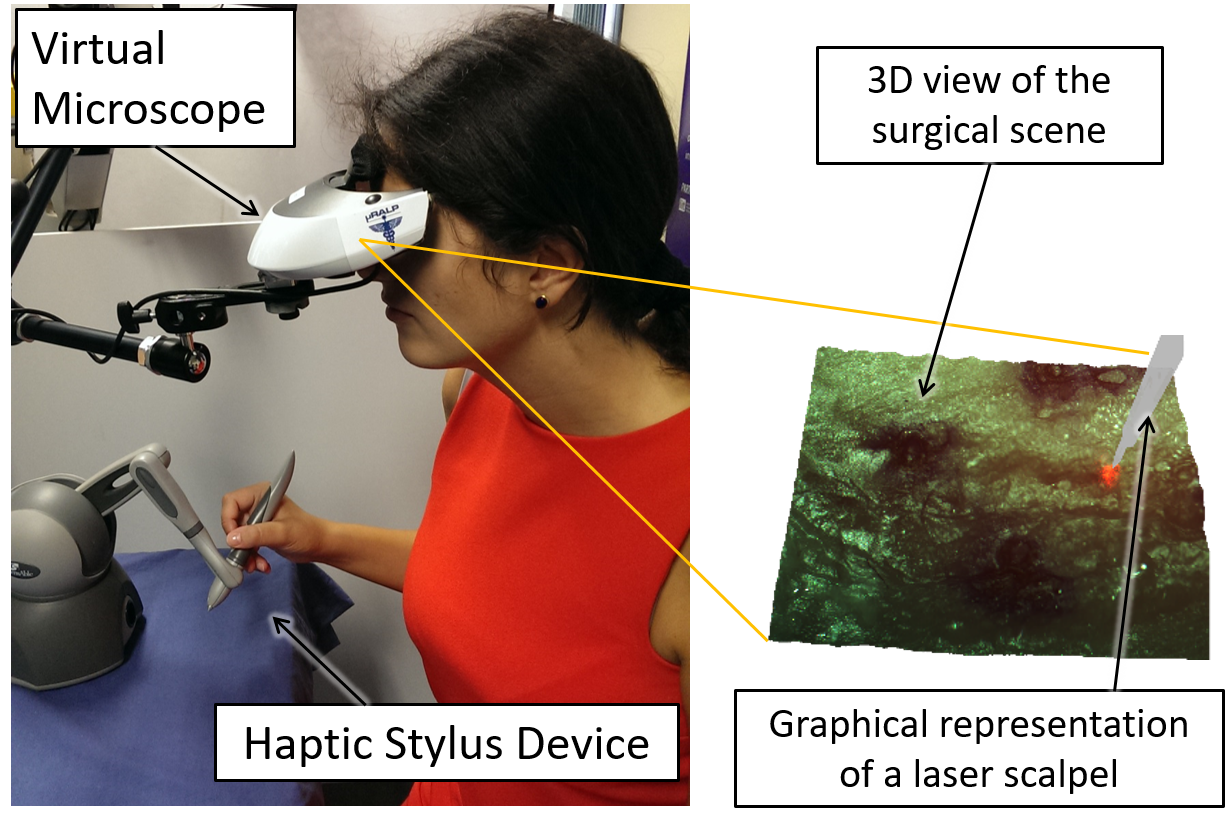 The Haptic Laser Scalpel system is based on the following devices:

These devices are interconnected by the system’s processing framework, as summarized by the following block diagram. 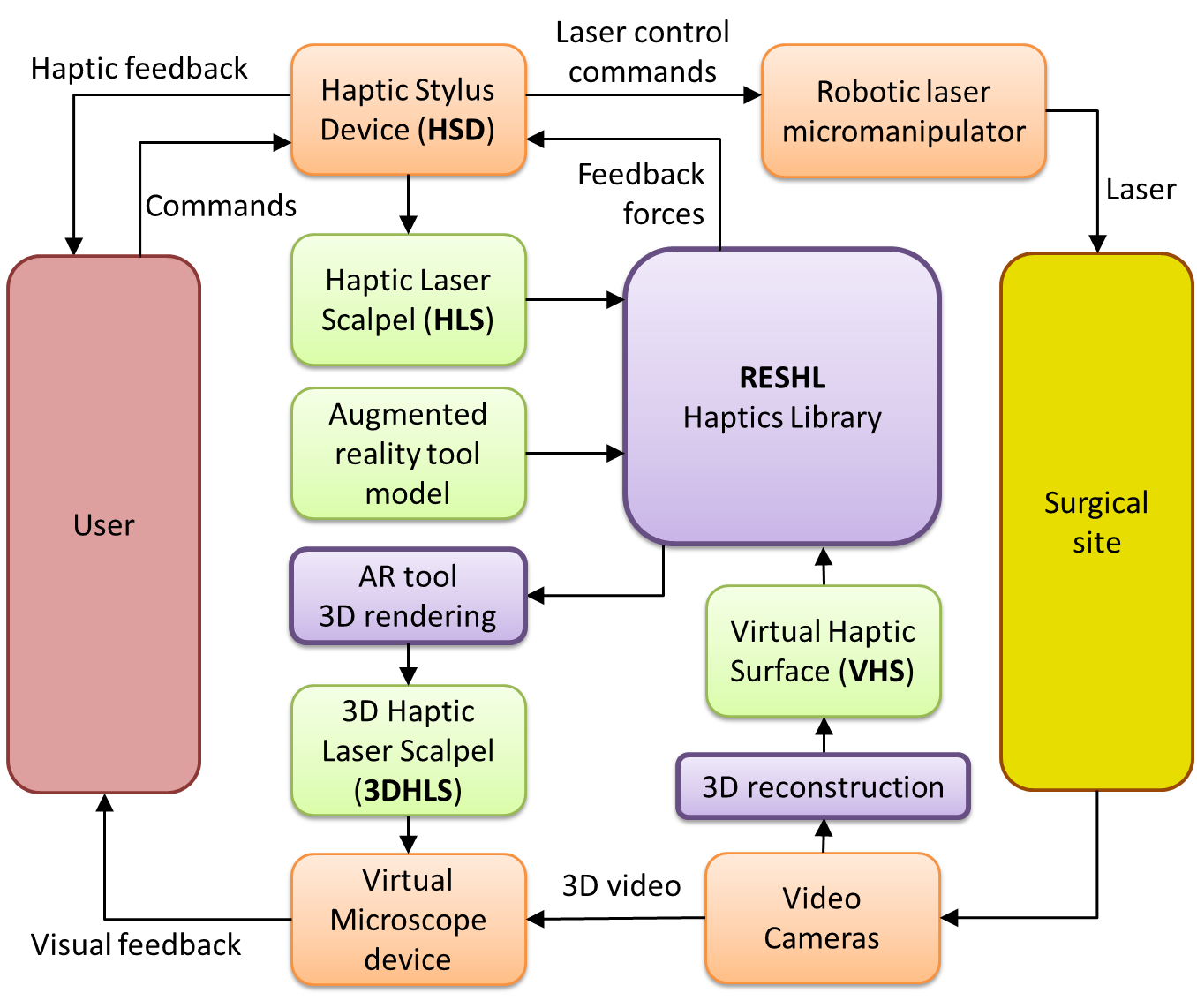 Block diagram of the HLS system

The control of the Haptic Laser Scalpel system is based on different coordinate system transformations linking the system devices. These enable positioning the laser spot on the real surgical site to precisely match the corresponding point touched by the user on the virtual haptic surface. In addition, the mappings allow the inclusion of a 3D graphical representation of the laser scalpel on the visual feedback provided to the user. This representation, called 3DHLS, precisely matches the position and orientation of the haptic stylus device and is consistent with the laser beam projection on the target surface.

Results from constraints comparison experiments based on trajectory tracing tasks. RMSE is the root-mean-squared-error. NC indicates the non-constraint baseline condition. VC is the valley constraint (user feels haptic feedback from the valley created by the laser incision). MC is an ideal guidance magnetic constraint

The experimental results demonstrated the HLS contributed to significantly improving the laser control performance both in static and dynamic environments. This demonstrates that the artificial haptic feedback provided by the system can have a real impact on the performance of such contactless surgical procedures.

In addition, the results showed that enriching the haptic feedback provided to surgeons with augmented reality (AR) has the potential to further improve the usability and performance of the proposed technology. This was observed when providing an AR tool object to control the laser, which improved the user experience with the haptic device by making its positioning and orientation in space more intuitive, and thus leading to a proper use of this device to sense and act on the surgical scene.